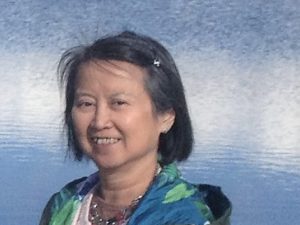 Hong arrived in Switzerland in October 1973 for university studies (HEC), after the regime change in Vietnam in 1975, remained as a refugee and obtained Swiss citizenship in September 2000.

Hong was chief accountant in an English company established in Lausanne for 15 years, stopped professional activity in 1992 and has remained active since then as a volunteer (secretary and treasurer) for the Vietnamese community in the Linh Phong Buddhist Association in Ecublens. Hong is part of the Vietnamese and French-speaking Sangha following the teaching of Zen master Thich Nhat Hanh, from Plum Village.

Hong has been a member of Eurasia Association and the Eurasia Foundation since the very beginning.